The most popular programming languages for mobile game development. 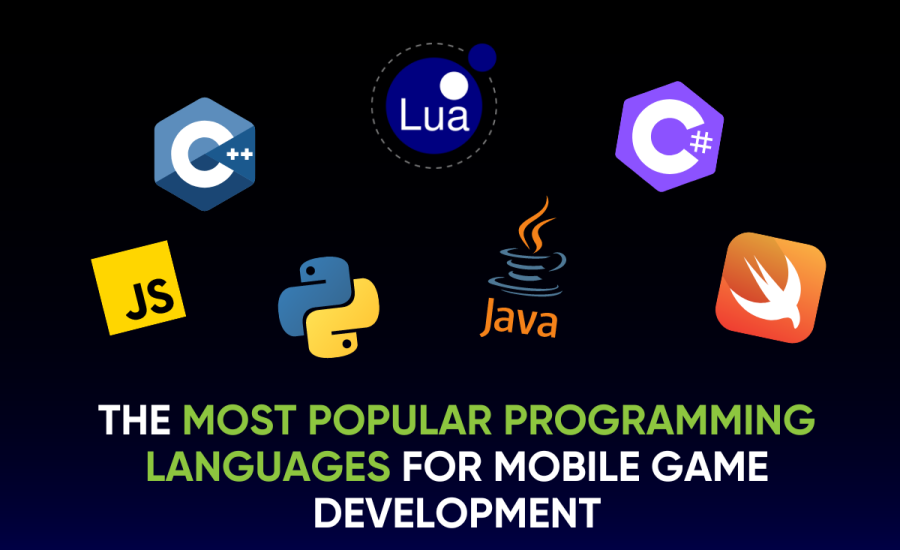 The most popular programming languages for mobile game development.

Mobile game development can be an excellent choice for a new career or hobby. It combines creativity with the acquiring of technical skills (and can serve as a perfect justification for a game addiction – that’s a joke, don’t take it too seriously). Furthermore, it can be financially rewarding.

Once you’ve decided to try your hand at mobile game development, the next step is to select the right programming language. Spoiler: almost all programming languages can be used to create games, so we will focus on the most popular ones with the best tools selection.

C# was developed by Microsoft and runs on its .NET framework. This extremely versatile language can be used to create web and desktop applications, mobile apps, games and much more. The cross platforming of C# makes it an ideal choice for mobile gaming. In other words, you can use C# to create games for iOS, Android, and any other mobile platform. Because it is used in popular game engines such as Unity and Godot, this programming language has gained popularity in the mobile game industry. If you have some knowledge of object-oriented programming, you will master C# quite easy due to its intuitive syntax.

It’s worth mentioning that C# is more novice-friendly than C and C++. It is readable enough for beginners, and the layout and functionality of C# make it an ideal language for gaining a broader understanding of programming in general.

There are plenty of game engines and tools designed with or for this language, such as Unity, Godot, CryEngine, Xenko, Banshee to name a few.

Furthermore, C# has the largest mobile game development community where you can find answers to all of your questions and get advice if you run into a problem.

Because of its powerful capabilities, this language is well-known for its outstanding performance in mobile games and is even referred to as the “King of Game Development.” C++ provides you with very good and deterministic control over the resources you use, which is essential for creating mobile games. It strikes a good balance between performance and usability. Are you still not convinced? Then keep in mind  that both Google and Apple use C++ internally, and that huge parts of Android and iOS are written with it.

C++ has a significant speed advantage over other languages, and it is also portable. Once you’ve mastered C++, you can easily transition to other areas of game development, such as PC games.

Last but not least, once you’ve begun using C++, you’ll be supported by a large global community.

An easy-to-use beginner-friendly language with strong cross-platform capabilities that allows you to develop a wide range of apps. The greatest advantage of Java is that you can write code once and run it on multiple devices.

If you want to create games for Android but don’t require the performance of C++, Java is the way to go. It is also a versatile programming language, so learning it will allow you to build the entire system with it, from the backend to the mobile game itself.

Java is almost universal in the business world. So, if you’ve learned it and want to branch out from game development, you’ll have no problems on labour market.

Java has three popular game development paths to choose from: LibGDX, a framework used for both 2D and 3D games; jMonkeyEngine (jME), a great choice for 3D games; and Lightweight Java Game Library (LWJGL), an option for advanced game developers. Due to its popularity, Java has a great community and a huge number of free tutorials on any subject.

If you have ambitious plans to create the next big AAA game, such as Call of Duty, JavaScript is not the right tool for the job. Despite its versatility, JavaScript is much slower and consumes much more memory than languages such as C++. Advanced games necessitate intensive GPU calculations, which JavaScript simply cannot handle.

However, if you are a complete beginner, starting with JavaScript is a sensible option. The language has a low entry point, it is very simple to learn and understand, and there are an abundance of online tutorials and other resources for coders, making it even easier to get started.

JavaScript enables you to create the entire architecture for your game. You can write your game server using Node.JS and your game using one of the various JavaScript game engines.

Your desire and creativity are the most important factors. Depending on your tech skills level and the type of game you would like to create, you will be able to choose the right programming language for your task.